THE PROMOTIONAL OFFER FEATURED ON THIS PAGE HAS NOW EXPIRED.

Now, it’s clear that you love bingo because you are here reading this – right? But, do you love a party or even a Festival? Well, how about a festival where you get to meet some stars as well. Sounds great hey. So check out Mecca’s fantastic new promotion.

It’s fair to say that Mecca is possibly the biggest name in Bingo. So, let’s say, they know how to do things big. They always have heaps of fantastic offers along with the best selection of games to play anywhere.

What is Mecca Fest?

Well, the name gives it away a little. It’s this year’s most exclusive festival or party. But not just any old party, Mecca Fest is a place where you will rub shoulders with some celebrities too. How does Katie McGlynn, Jack Fincham, Kelvin Fletcher and Duncan James sound? Well, these guys along with at least four more celebs will be enjoying themselves at the party just the same as you.

On top of that, the whole night is going to be hosted by Joe Swash. Mecca Fest is not just a star-studded Party though. The whole night is going to be jam-packed with an impressive list of entertainment. Live acts, like Sister Sledge, Peter Andre and Rak-Su will be giving exclusive live performances. Plus top Dj’s like Scot Mills will be picking up the beats all night long. Right up to the grand finale that will knock your socks off.

All of this is taking place in Blackpool Towers’ famous Ballroom on the 3th of May 2020. Here’s the best bit, it’s not just a glitzy night out, there is £100, 000 worth of prizes to be won at Mecca Fest too. So, imagine being part of a star-studded exclusive party and also bagging some incredible prizes too. Sounds fantastic, doesn’t it hey!

How can I get to go to Mecca Fest?

So, I have mentioned already that this is an exclusive event. Why? well, you can’t buy tickets for Mecca Fest. Everyone would have won a ticket – except the amazing acts and the celebrities of course. Those lucky enough would have received a pair of tickets. But it does not stop there, the winners will receive Accommodation in a Blackpool Hotel. Plus, some funds to go towards your travel costs.

I know what you are thinking now, how can I win a pair of tickets to Mecca Fest. Well, there are two options:

Mecca’s Winner Spinner is so simple to play. You can play every day for free, between the 28th of February and the 31st of March. All you do is click to spin the wheel and when it stops you could win a prize. There is a good selection of prizes on offer, but let’s be straight, the one you want to win is the Pair of Tickets to Mecca Fest.

Now, if you are playing at Mecca Bingo Online. Simply, get yourself onto the bingo lobby area and head-on into the Main Event Bingo Room to play between 8 and 9 pm from Monday to Thursday. The best bit is, the tickets are just 10p and you can buy multiple tickets. This offer is running from the 2nd of March through to the 30th of April. So you have lots of chances to win a pair of tickets to Mecca Fest.

Now, let’s be straight here. Mecca Fest is going to be the best Bingo Event of the whole year. Anyone who has a ticket for this fantastic evening in Blackpool are going to have a Night that they Will never forget!

* Additional Terms and Conditions Apply – Please refer to the full Terms for the Win Tickets to Mecca Fest Promotion  found on the Promotions Page at Mecca Bingo.

You can play a huge selection of Bingo Games with
massive Jackpots at Mecca Bingo –
Joining is easy and only takes two minutes. 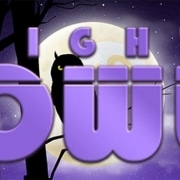 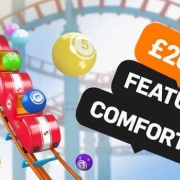 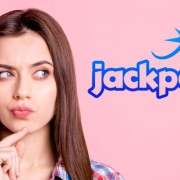 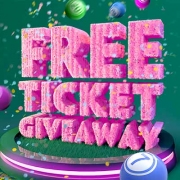 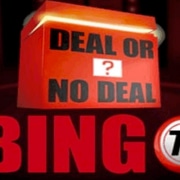 How To Play Deal Or No Deal Bingo 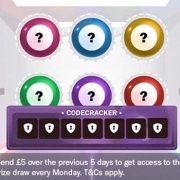 Win a Car at Betfred Bingo