Did you know that over 100 million people play bingo online each year? The game has been hugely popular since it first emerged in the 1920s. But have you ever wondered – who invented bingo?

The question is tricky to answer, but if we stick to asking the question ‘who invented the modern form of bingo’, the quick answer is American toymaker, Edwin Lowe. Mr Lowe didn’t create the game, but he did popularise a version of the game already being played in the American Carnivals. He can be considered the father of modern bingo as we know it today.

He later branded his game as ‘Beano’ and the rest, as they say, is history. Eventually, over time, the ‘Beano’ name morphed into ‘Bingo’. The game migrated to the UK around 1961 when a change in gambling regulation allowed for pool-based cash prizes for the first time. By 1962 Britain had over 14,000,000 registered bingo players.

THE REAL ORIGINS OF BINGO

If you’re looking for a complete answer to the question ‘Who invented bingo’ stick around, and I’ll try to give you a comprehensive guide to the origins of bingo.

The origins of the game came from continental Europe. In the sixteenth century, an Italian lottery called Il Gioco del Lotto d’Italia began to rise in popularity. This lottery can still be played today, Then, as now, the game is operated by the Italian Government.

We can assume that a quick-thinking Italian bureaucrat devised the Lotto game as a stealth tax. Collecting taxes was notoriously tricky in the sixteenth century, although raising taxes is still problematic in Italy today.

The game of chance spread throughout Europe in the eighteenth century. Eventually, it reached France. The game, now called Le Lotto was played using ninety numbers, and it’s the closest thing we can find to the modern game of bingo.

Like today’s version, in the game “Le Lotto” a caller would randomly pick out a numbered token and read it out loud. If a player had this number on their card, they’d cover it, with the first person to fill a horizontal line won the game.

So there you have it, originally bingo was invented by an anonymous Italian government official. However, the modern version was made famous by American Edwin Lowe. If you want to try a game of online bingo, try Jackpot Joy – latest offer listed below. 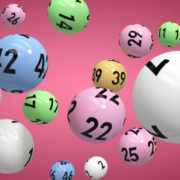 How To Play Bingo Online